A visit to the Andamans is incomplete without visiting the ever so famous CELLULAR JAIL!!! So here I was after our short beach visit at CORBYN’S COVE. So let me tell you a little bit about CELLULAR JAIL, even though you’ll find a lot of articles on the internet about the same.

The Cellular Jail stands as a mute witness to the untold sufferings India’s revolutionaries went through. This jail is located in the heart of Port Blair and is listed as a national monument of India. The jail was constructed under the British rule and  was built over a span of 10 years .The name “Cellular” is because of its  unique feature which was the total absence of communication between the prisoners in the different wings, since the front side of one row of cells with corridor running all along, faced the back of the other wing. I hope you understood what I mean!!! 😀              The jail was built with seven wings in the form of a star fish around a central tower. Each wing had three floors with 693 cells in each wing. But unfortunately there are only three wings left as the rest of the wings had been demolished during the huge 1941 earthquake.

So once you enter the entrance to the jail, you will find a small museum where the pictures of freedom fighters who were detained here are kept. We took a few pictures inside and continued to look around the place. Next we visited the place where the prisoners were forced to take out oil from dry coconuts (copra) and each day a target was set for each and every prisoner and in any case the fail to take out the asked amount they were given punishments which was getting lashed by whips after getting them naked and they were tied to iron bars during the whole process.

Some of the prisoners imprisoned here were those involved in the famous bomb blasts like  the Lahore conspiracy, the Nasik conspiracy etc. One of the famous freedom fighter who was imprisoned here was Veer Savarkar. We saw his cell which has been marked with a sign board. It was in this cell that he wrote on the walls about the things that he would hear from other cells. You will get a really eerie feeling when you visit the cells as there’s literally no ventilation and hardly any sunlight to enter and even the locking system is so unique that in no way could a prisoner break the lock to get away.

We decided to go to the next floor which also has the scary cells and somehow going through each cell, I could feel the torture these freedom fighters went through to get India its right to Independence. You could find the names of all these unsung heroes etched on marbles which has been laid on the walls in the central tower. You can go to the terrace of all these wings where the British soldiers used to be present day and night to keep a watch from top. The jail was made in such a way that one can easily see the ROSS ISLAND, which was the colonial island for the BRITISH SOLDIERS and their FAMILIES.

A recently built museum all dedicated to VEER SAVARKAR is also present now, and before we could finish looking at old of his pictures, the security guard came and shooed us away as it was the closing time and the light and sound show was about to start. We excitedly walked back to the seating area where you will find about 30 chairs arranged for a small audience. Once the light and sound show starts, one is supposed to switch off their cell phones as photography isn’t allowed during the whole show. Unfortunately there are some RETARDS, who do not understand the importance of this and continued filming and taking pictures.

I absolutely loved visiting CELLULAR JAIL as you get a sense of patriotism when you see all those empty cells, rusted vessels and wonder if not these heroes, we might have still been struggling to live a life what we are living today. So after all this, we came out for a nice cup of CHAI (tea) and yummy JHAL MURI (puffed rice snack) and headed back to our guest house. I’ll be talking about my DAY2 and DAY 3 soon. Till then do checkout the unedited pictures and let me know in the comment box if you would like to know more about ANDAMANS and if you liked the post.

3 Essential Trio from @alixskincare consists of 1) Face,hair,body wash 2) Pumice exfoliator 3) Face Oil. They work best if used together in your skincare but if you're looking for a particular product my recommendation would be the exfoliator which is suitable for all skin types and can be used to remove dead skin & improve blood circulation. I use it once a week to exfoliate my face and use it on my legs and hands before shaving. My second recommendation would be the face oil which can be a wonderful addition to your night time skincare. It gives a beautiful glow to your skin the next morning. It is also a great oil for someone with extremely dry skin and can be used both morning & night. For the complete review, checkout my complete review on the blog(link is in bio) . . . #thattripeurbanlife #instareview #alix #alixskincare #nzbloggers #nzfashionblogger #potd #ootd #nzbeautyblogger #facialoils #naturalskincare #aublogger #aussieblogger #minireview
I enjoy trying out new brands especially when the ingredients used are natural and free from nasty chemicals. Ive been trying out the body wash,face oil & exfoliator from @alixskincare for a couple of months now and have finally put down my thoughts on them on the blog (link in my bio). Does natural skincare work for you? Which is your favorite product? #thattripeurbanlife #alixskincare . . . #gifter #nzbeautyblogger #ootd #nzbloggers #nzfashionblogger #kiwiblogger #aucklandblogger #aucklandbeautyblogger #aucklandfashionblogger #aussieblogger #aublogger #potd #naturalskincare #christmasgifts #productreview
End to an amazing year at work with loads of ups and downs. #1moreweektogo #workchristmasparty #endof2019 . . . . #workxmasparty #ootd #thattripeurbanlife #workmates
Hands in the pockets, thoughts in our mind..we walked away with dreams in our eyes. Showing off classy watches from @mvmt . Watches that look luxe but not too heavy on your wallet is what MVMT is all about. If you're looking for your next timepiece, make sure to check them out. #thattripeurbanlife #mvmt #mvmtforher #mvmtwatches . . . #nzbloggers #nzfashionblogger #nzbeautyblogger #ootd #fotd #watchesofinstagram #aussieblogger #nzblogger #aucklandblogger #potd #aucklandbeautyblogger #aucklandfashionblogger #couplegoals

Click on the link to get awesome offers! http://www.zaful.com/?lkid=3710 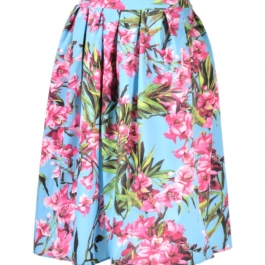